Stephen has just completed a major painting job to our property and it's outbuildings which was not straightforward due to the age of the property ( 15th century ) and the amount of remedials that had to be carried out.  He did an excellent job - he is an extremely tidy worker - methodical in his approach and very thorough.  We are delighted with the results and would highly recommend him.

The Mr Lewis and Mrs. Lewis.

The Lewis's are a very amiable couple.  It was Bob who asked that I write ''The Mr. Lewis'' as a joke regarding the reference names.  Well, I thought I would oblige and keep it in.

This was probably my most challenging job to date.  Most notably because of  the amount of rose bushes attached to the walls. That being said we were able to lower and raise them and overcome these obstacles.

This 15 century old farmhouse and outbuildings were simply in need of a makeover.  The old paint colour, which is the same colour as the new paint, had faded over time.  This is also the reason I decided taking before and after pictures wouldn't really capture the esscence of the work that was being completed.  One area I do regret not taking before pictures on was  the carved woodwork.  There was a signicant amount of green algae present and left untreated, would eventually destroy these works of art.  I have included a picture to represent what it looked like before, just so you could get a better idea though.

Bare woodwork to all buildings were also preserved with up to 3 coatings of wood treatment to ensure long life span.  The paint work to walls was completed in a Farrow and Ball exterior masonary paint with black woodwork painted in a Ronseal Ebony stain.  Black paint to other areas incorporated the use of a water based Barn Paint mainly on the storage buildings.  Overall, Kingfisher Decor are very pleased to present the Lewis's home as our first feature project to begin the 2018 year. 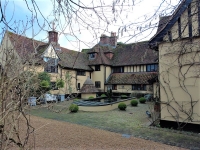 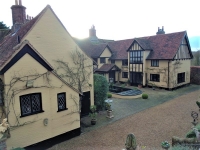 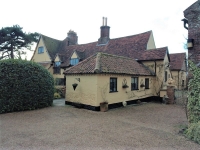 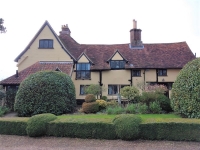 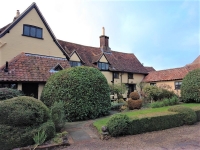 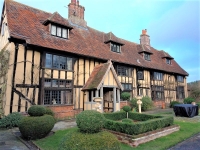 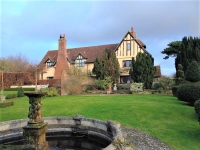 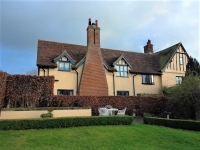 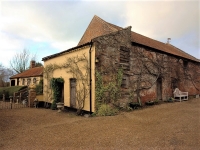 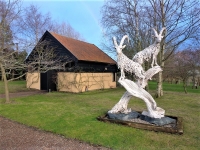 Green Algae Example on wood prior to treatment 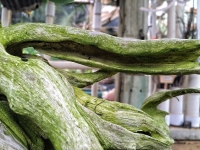 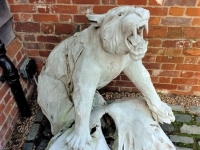 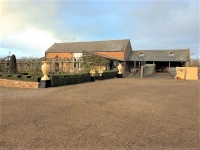 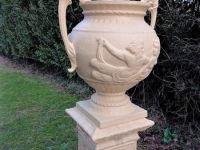 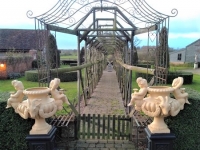 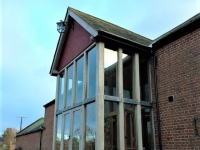 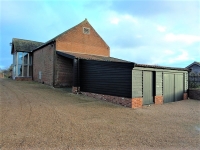 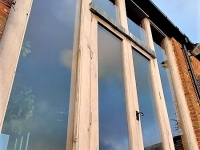 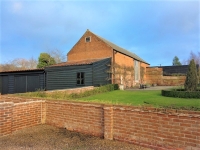 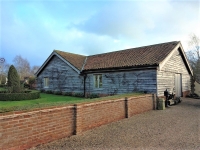 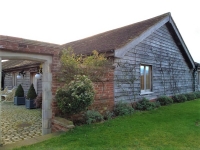 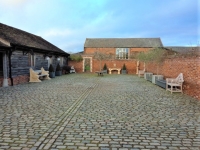 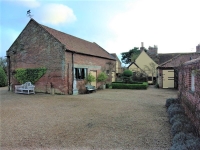 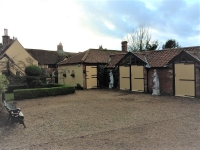 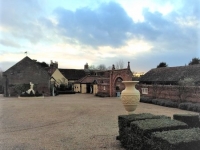